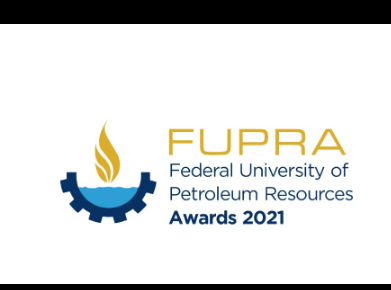 Selection Process The selection into the FUPRE AWARDS is in stages,Spanning 12 weeks. Nomination Stage: Under this stage, questionnaires are sent out for members of the university community to nominate candidates of their choice for the various categories listed, for individuals /organizations, nominations is allowed for more than one category but not exceeding three. Collation Stage: This stage involves the summary of total nominations for each category and two individual or institution with the highest nominations is qualified to proceed to the final stage. The Second Questionnaire Stage: Under this stage questionnaire are issue to members of the academia to judge the characters, reputations and general performances of the duo which made it to the final stage. Examining of Questionnaire: The unbiased response of the members of public at this stage are collated and administered as the tentative final result. Interview Stage: This stage climaxes the selection stage which involves media interviews. The Event The event witnesses the conferment of the various honors on the winners to the admiration of all viewers present and TV audience. Only Winners will be sent confirmation letter stating the terms of events and only Awardees who have successfully conformed to the terms of the Awards ceremony will be ushered to the Arena.